Thermal Scanners conduct hundreds of thermal scans per year at locations all around Australia. As such we are used to seeing faults regularly that surprise our clients. Sometimes the faults we find on site even shock us. This is because the faults can reach extreme temperatures that show failure is imminent.

Below we will show some of the highest temperature faults that we have found on a variety of sites, ranging from body corporates, private organisations and public buildings.

Most often when we find thermal exceptions they appear on the terminations that connect to the cables.  However this fault extends to the actual component, in this case a fuse.  The fuse pictured below is designed to operate up to 80°C when there are no other fuses directly next to it.

In this case the fuse is actually the hottest part and is operating well beyond its operating temperature, which potentially could have been life threatening as it has not tripped indicating there could be a problem in the circuit.  A visual image of this fault is shown below which shows the physical burns and damage to the fuse holder. 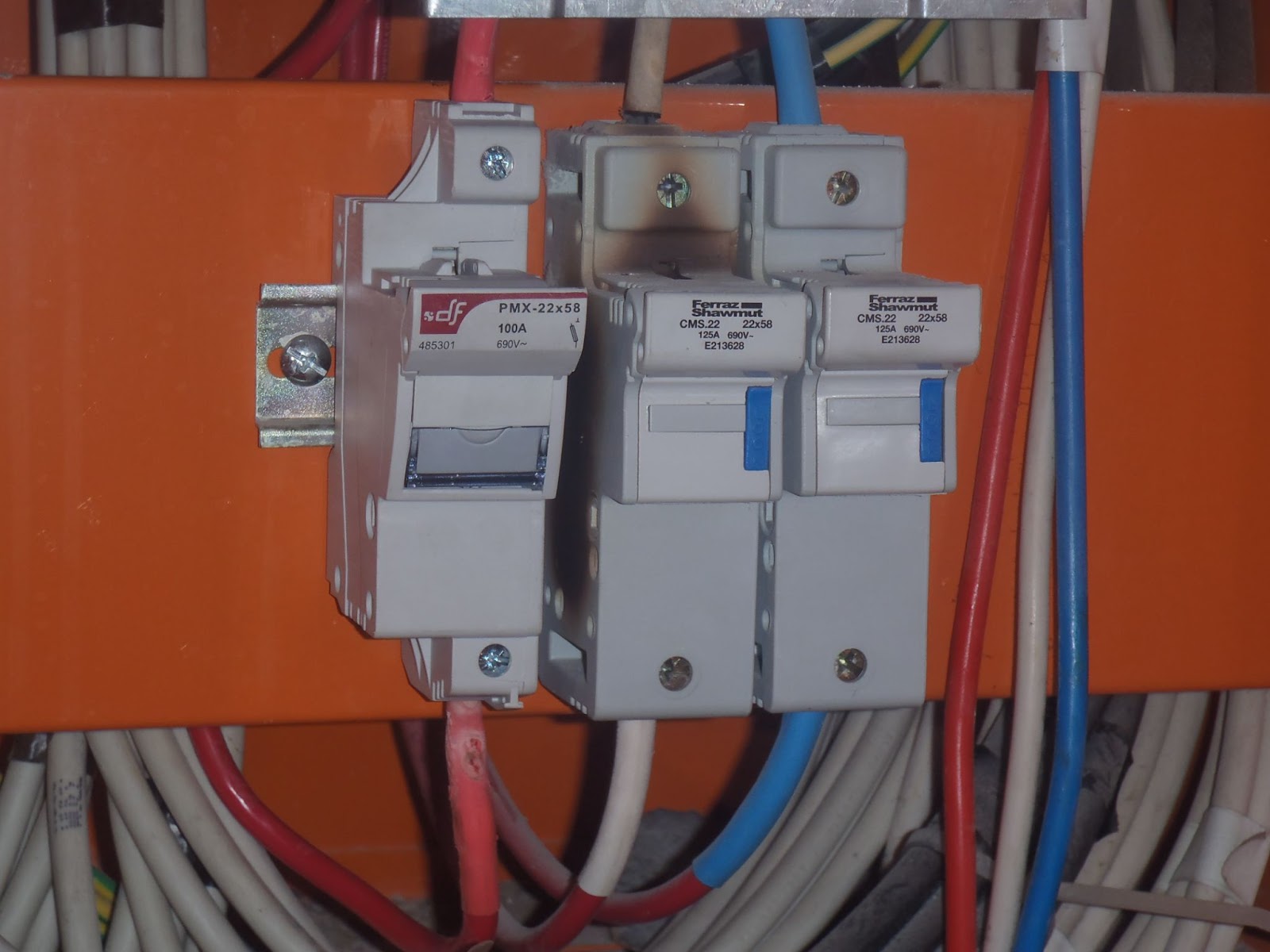 Even with the fuse burnt and damaged the circuit above is still live, active and complete!

In our work Thermal Scanners has found that sometimes cables have been physically burnt or damaged and yet at the time of scanning there is no load and hence no excessive temperature.  In the follow photo this is not the case and the component is still under load and has burns far beyond the typical:

The above thermal image shows a maximum temperature in excess of 200°C and this is conservative due to our emissivity settings.  It can be seen that the cable is also above 100°C for a considerable length beyond the termination. Even the adjacent cable is affected by this heat!  To better show the effect of this increased heat we have also included a visual photo.

As can be seen the fault has actually caused the insulation on the cable to melt, exposing live electrical wires. Further it has begun to melt and damage the components outer casing.  If this fault was not detected an electrical fire may have resulted as soon as the next couple of days.

In 2020 we completed Thermal Imaging on a customers commercial premise and during completion of the service we found a thermal exception on the wire and termination of a 3 phase circuit breaker.

Keep in mind that most circuit breakers have an operating temperature of up to 85°C including these ones manufactured by Heinemann.  With a maximum temperature in excess of 500°C this circuit breaker is operating at almost 6x its maximum recommended temperature and will almost certainly cause an electrical fire!

We hope that seeing some of these faults helps individuals and companies understand why annual thermal imaging is required on switch boards.  If any of the above faults were not detected these could have easily caused large scale loss of power and even caused an electrical fire in the immediate future with serious ramifications.